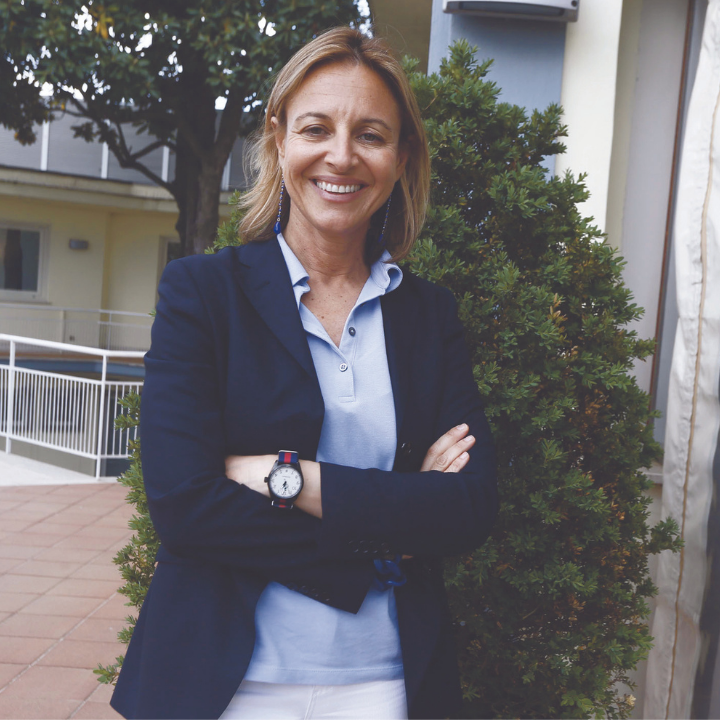 Maria Serena Porcari is the President of Dynamo Academy and CEO of Dynamo Camp Foundation. After graduating with honors in Business Administration from Bocconi University in Milan, then attending Henley Management School, UK and a CEMS Master’s in International Management, she began her professional journey in 1994, involved in strategic consulting at domestic and foreign companies: Innovest spa, Bayrische Vereinsbank AG in Munich and Iss Darenas A/S in Copenhagen. From 1995 to 2004 she held various positions as a consultant and since 2000, at the age of 28, of Executive for IBM, for which, among other tasks, she managed the launch and management of the Centre for IBM e-business Innovation in Milan..

She serves as Community Advisor For the Newman’s Own USA Foundation, and is a member of the Board of Directors of the Serious Fun Children’s Network Association, as Chair of the Program Committee and member of the Executive Committee of the USA Network, as well as Foundation Advisor in the European Network. Maria Serena is also a Board Member of the MariaTeresa Chiantore Seràgnoli Hospice Foundation and a Director on the Bocconi Board for the 2019-2022 Quadrennium.

An independent director of Cir S.p.A, she serves on the General Council of the Fondazione Cassa di Risparmio di Pistoia e Pescia and is a member of the BoD of Intek and Natural Capital Italia.

She teaches the MASEM master’s program at Bocconi University and contributes to teachings on Social Entrepreneurship at UNIMI, LUISS Business School, University of Bologna, and a first-level master’s degree in Recreational Therapy at Vita Salute San Raffaele University.