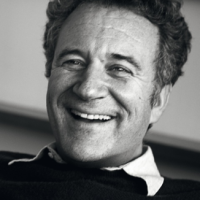 Founder and Chairman of INTEK GROUP S.p.A., a diversified holding company listed on the Milan Stock Exchange.
The Group, with revenues of over 2.0 billion euros, employs more than six thousand people and operates in different sectors : Industrial sector (through KME AG); Renewable energy (through ErgyCapital S.p.A.) and in Financial Services (through i2Capital Partners SGR S.p.A.).

Founder and President of DYNAMO Foundation, a private foundation of Venture Philanthropy, established in 2003, with the mission to promote the naissance and the organization of the new social enterprises including: Dynamo Camp, Dynamo Academy, Pro Dynamo and Dynamo Oasis.

He is President of VITA Foundation, founding shareholder of Vita S.p.A., a publishing company that produces VITA, a weekly Italian magazine dedicated to the world of non-profit.

Member of the board of ADRIANO OLIVETTI Foundation.

In the 2013 he was decorated with the Order of Merit for Labour by the President of the Italian Republic. The title “Cavaliere del Lavoro” is a recognition for results obtained in the world of business, the creation of development and jobs but above all for the commitment to ethical and social responsibility aimed at improving living and working conditions in Italy.

Since the beginning of 2015 to 2016 , he has been a pro bono advisor to the Italian government for the Third sector, and his role is to create and foster tools and strategies to encourage the creation and growth of social entrepreneurship initiatives of national importance.

Vincenzo Manes graduated with honors in Economics at the LUISS University of Rome.

He is married and has three children.