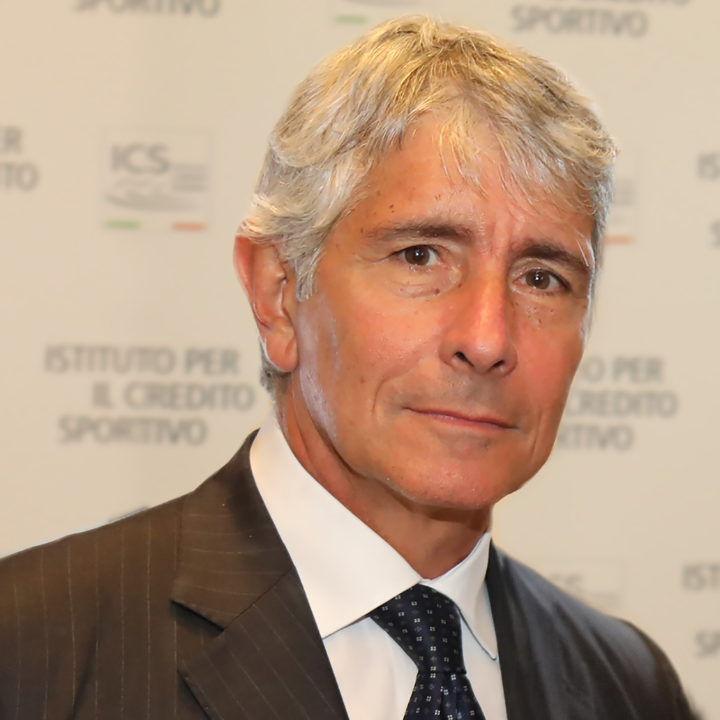 Andrea Abodi – Graduated from LUISS University in Economics and Commerce with a specialization in marketing, he has been a journalist registered with the Professional Register of Advertisers since 1987. He began his career as a manager in 1987 and until 1994 was Marketing Director of the McCormack Group in Italy, an American multinational leader in the sport industry. From 1990 to 1994 he was head of TWI Italy (now IMG Media), an IMG Group company operating in sports production and international marketing of multimedia rights for major sporting events.

In 1994 he co-founded the Media Partners Group of which he was Executive Vice President until 2002. Between 2003 and 2006 he was Chairman of Italian companies operating in the road and motorway infrastructure sector; from 2002 to 2008 he was also a member of the Board of Directors of CONI Servizi spa, while in 2009 he was Executive Vice Chairman and General Manager of the Organizing Committee for the final phase of the World Baseball Championships. Also in 2009, the
American marketing agency Octagon entrusted him with the leadership of its new Italian headquarters.
As Marketing Director, he worked on Rome’s Olympic and Paralympic bid for the 2004 and 2020 Games.

He was President and federal member of the National Professional League Serie B from 20 July 2010 to 6 March 2017. In 2012 he won the Sport Business Academy Award. On 18 January 2013 he was re-elected as President of Lega B and on 13 February 2017 he announced his resignation from office to run for the presidency of the FIGC. He was the president of B Futura, of which he was also the promoter, a Lega B special purpose club dedicated to infrastructure development.

On 16 October 2017 the Italian Government appointed him President of the Istituto per il Credito Sportivo and of its Special Funds Management Committee.

He is currently also vice President of the John Paul II Foundation for Sport, Councilor of the Italian Banking Association, Vice-President of the Giulio Onesti Foundation, Councilor of Special Olympics Italy and Maecenas 90. By legislative decree dated 26 October 2021, of the Minister of Tourism, he was designated as a Member of the Permanent Committee for the Promotion of Tourism in Italy. In addition, by legislative decree of 26 January2022, he was appointed by the Minister of Tourism as a Component of the National Tourism Observatory.